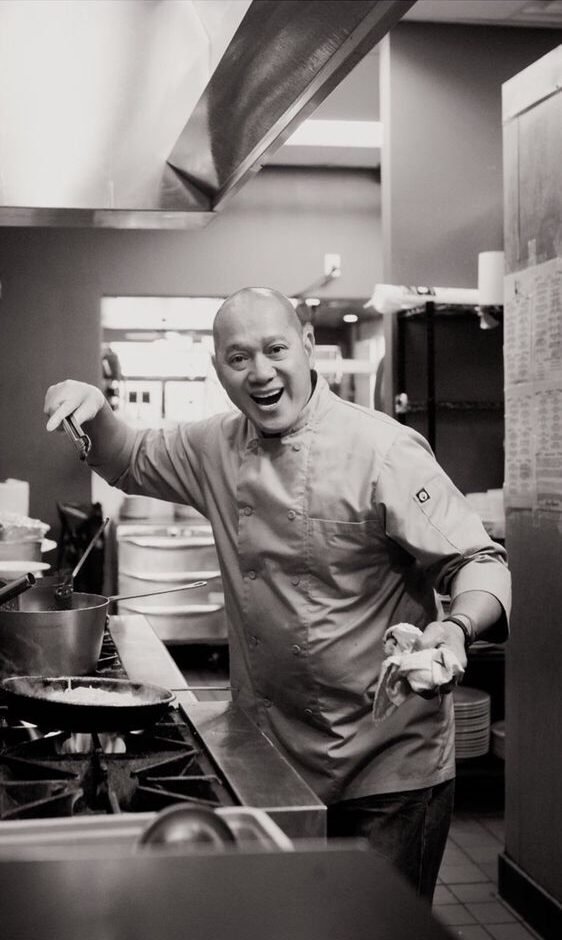 Rudy Janeo Jr. – Chef, restaurateur and local philanthropic personality. He is the only Filipino Chef donning that title in an Italian Zagat-rated restaurant in Las Vegas. He has been in the Culinary industry for over 32 years and had the privilege of with several Master Chefs, including Charlie Trotter, Romano Vinuti, Piero Broglia, and many others. He has also opened many restaurants on the Las Vegas strip and catered for dozens of celebrity and private events.

Chef Janeo was born in the Philippines and grew up in poverty. From his humble beginnings, Chef Rudy has forged a magnificent career and a giving lifestyle for which he credits his mother and his grandmother for installing a strong work ethic, kindness and a desire to succeed. His charisma, positive attitude and hard work define his success and achievements in both the culinary and philanthropy world.

In 2009, he founded The Mabuhay Foundation for a Better Life to support and uplift the cause of needy children in the Philippines, donating books, sports equipment, computers, Braille books for the blind and constructing restrooms in schools. It also provided disadvantaged communities with clear
water and built a Learning Center in his hometown, believing that education is the only way out of poverty.

Chef Janeo leads a bright, generous and bountiful life! He lives to inspire and his dream of sharing his culinary gifts and philanthropy enters the realm of possibility with the opening of his signature restaurant, Il Chianti Italian Seafood and Steak Restaurant, because he believes the food and philanthropy can go together.